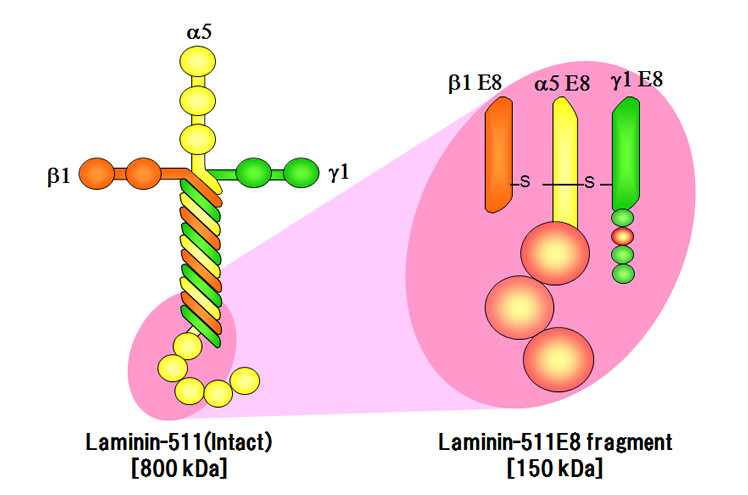 Laminin-511 is a major component of basement membrane that can function as a scaffold for pluripotent stem cells (ES/iPS cells).
As a part of the basement membrane, laminin-511 (800 kDa) binds to integrins on cell surfaces.
Laminin-511 is a very large protein (800 kDa) composed of three chains (α-, β-, and γ- chains), and forms supramolecular aggregates. It is difficult to produce as a recombinant protein.
As we fragmented Laminin-511 and searched for the smallest component that binds to integrin on the cell surface, we identified the component called Laminin-511 E8 fragment (150 kDa). We decided to produce this component as a recombinant protein. 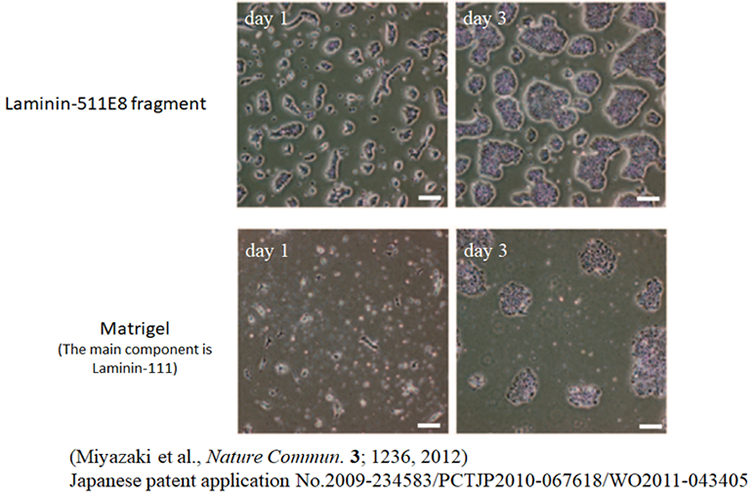 With conventional culture methods, cells die if ES/iPS cells are dispersed into single cells.
Therefore, maintaining a cell colony is necessary to a certain extent when passaging.

Using Laminin-511 E8 fragment as cell culture substrate makes it possible to maintain and culture even a single ES/iPS.
-> The period of time required for learning cell culture methods is reduced.
-> The extension efficiency of cell culture is drastically enhanced. 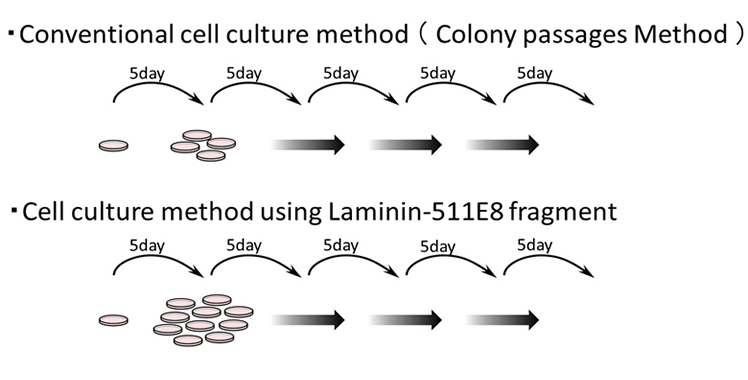 While the extension efficiency was 1:4 at the time of passage with the conventional culture method (colony passage), the use of Laminin-511 E8 fragment as cell culture substrate has enabled extension to be 1:100. 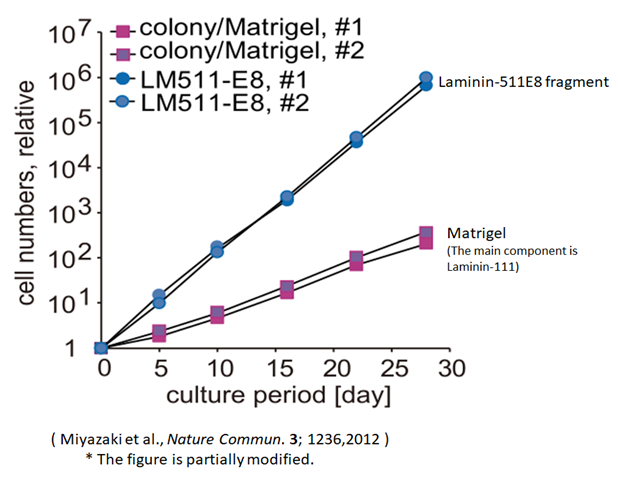